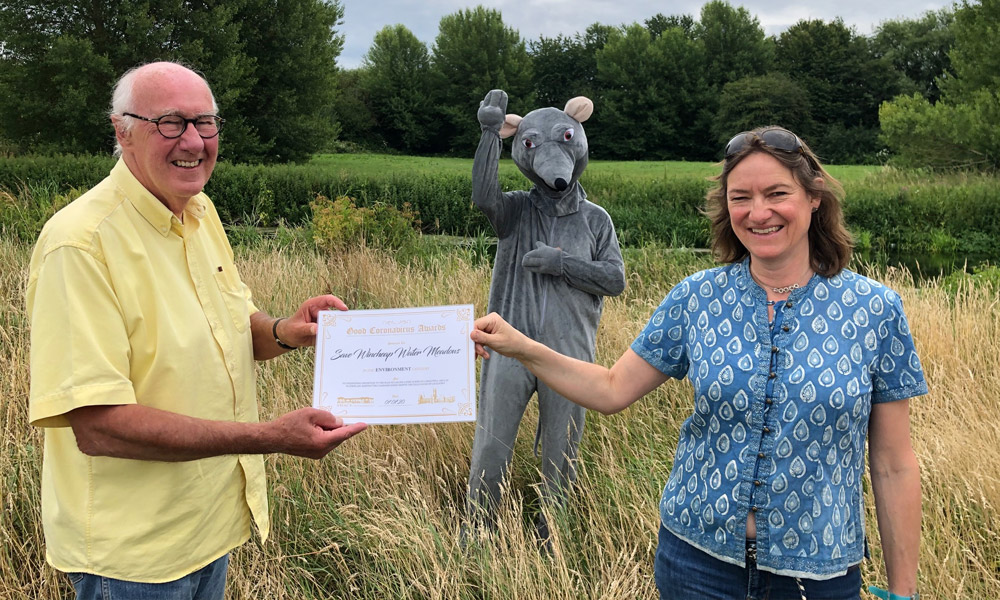 Environmental campaigner ‘Ratty’ and the whole Save Wincheap Water Meadows campaign have been recognised by the St Mildreds Area Community Society by being given a coveted Good Coronavirus awards.  It reads: ‘for coordinating opposition to the plan to locate a park and ride on a beautiful area of floodplain; keeping the campaign going despite the challenges of lockdown.

Local Lib Dem Cllr Nick Eden-Green presented the award to Sian Pettman who has been one of the leading lights in organising the campaign.  She said: ‘I’m very pleased to receive this on behalf of the many people who have helped.  We must stop this beautiful area from the threat of being lost to a car park.  It would be environmental vandalism to let it happen.’

Ratty added:  ‘I may only be a water rat but I’m an endangered species.  If you humans don’t respect my habitat then your declaration of a Climate Change Emergency will just be more empty words.’