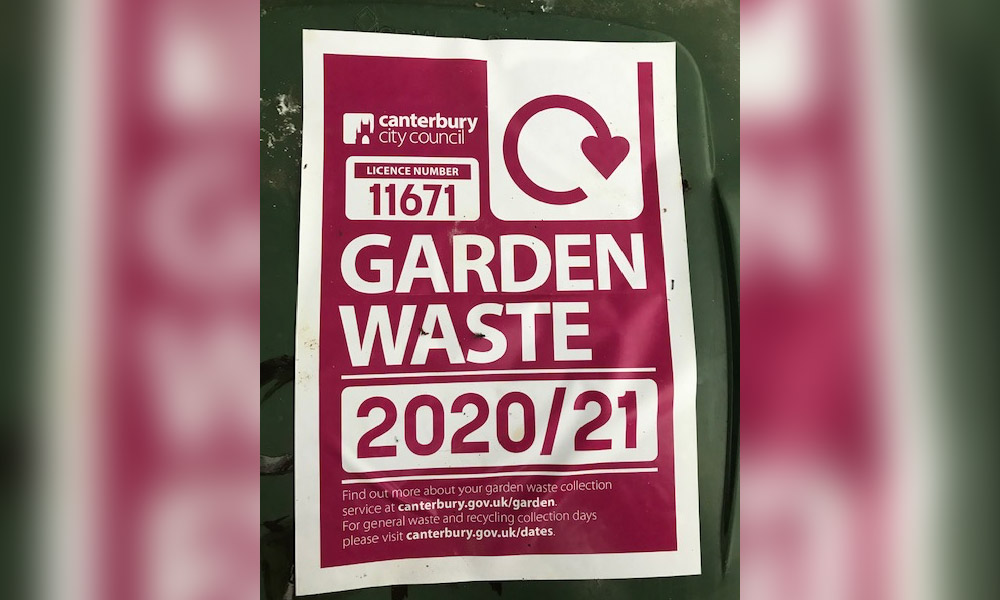 Sadly, but predictably, the first theft of a council green waste bin sticker has been reported in the Canterbury area.  Hopefully this was a ‘one off’, but given the ease with which the stickers can be removed, it may not be the last.

These stickers are part of Canterbury City Council’s new garden waste charging scheme, and are used to identify which householders have signed up and paid for the scheme. The stolen sticker can be used by the thief or by others to have their green waste collected by the council without paying the £45 annual charge.

Although there is not much that can be done to prevent the removal of the stickers, Neighbourhood Watch have suggested some precautions that can be taken.

These include not leaving the bin out overnight if possible. Canterbury City Council advise putting them out for collection by 07.00am on the day of collection.  At other times they should be securely stored away from the street or the road.

The sticker can be indelibly marked with your address as a deterrent.

Mark the bin by painting on it your house number or have some other defining mark to deter the theft or removal of the whole bin.

Take a photo of the sticker on the bin and keep a note of the reference number on the sticker.

If you have CCTV, keep the bin in shot if it has to be left out for long periods. This will deter those who might take it. It should also provide evidence if the worst should happen.