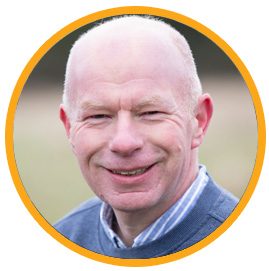 I would firstly echo the thanks to the deputy chief executive and her team for the work that has gone into preparing this budget. I would also like to thank my colleagues for asking me to reply on behalf of the Liberal Democrat group.

During the last year I have had regular joint meetings with the Labour spokesperson for finance and the deputy chief executive. These have been extremely helpful and I would like to thank her for those meetings, which I hope will continue, and also to the administration for facilitating them, as greater openness and explanation leads to better opposition, which is good for democracy and the whole council.

The last two years have brought enormous uncertainties to both income and expenditure that has not only impacted on those years, but will make predicting the future difficult.

Added to this, the somewhat ad-hoc way in which central government financial support is given, and never knowing if certain grants or other support will continue, and if so, at what level, has reduced the exercise of preparing a balanced budget down to statutory requirement rather than a financial management tool.

The budget though is the framework upon which the council administration sets out its programme for the future, and just like it is possible to praise the builders working on a poorly designed building, it is the architects of this budget that lack both imagination and direction.

The investment decisions of decades of Conservative rule now mean that this council is reduced down to that of landlord, focussed primarily on generating the maximum possible income out of its car parks in order to cover debt repayments and falling rental income.

We have a policy to increase city centre car parking charges in order to encourage out of town parking, and then close a park and ride site.

The new Riverside development, an out-of-town cinema and restaurant destination, will charge £2.50 an hour to park. That’s effectively buying another cinema ticket for the car. If we want visitors and residents to choose to go to Riverside rather than Westwood Cross, Ashford or many of the other local cinemas and eating places with free parking, then it needs to think again.

We have a vested interest in Riverside, Whitefriars and other retail sites across the district. Higher car parking charges drive people away, reducing footfall, and retail & hospitality income, leading to loss of tenants and lower rents.

There is a direct correlation  between what we charge to park and what we achieve in rent. If we continue to increase parking charges without a joined up strategy, it will be to the detriment of businesses,  rental income and tourism.

The decision to further invest in commercial property at Riverside, after the bottom has fallen out of the market and Whitefriars is now worth many millions of pounds less that what was paid for it, is likely to be a millstone around the neck of residents for years to come.

The council’s recent record on capital expenditure has raised a lot of eyebrows.

The over budget capital expenditure on Parham Road.

And now the £1m plus to be spent on St Georges Street, ripping out the trees and removing the market, despite huge public opposition.

This budget plays scant regard to the climate emergency which should be at the forefront of everything that we do. If we are going to change car parking rates then let us use the technology available to do it in a way that encourages reduced carbon emissions and gives reduced rates to residents.

These plans do little to get on top of the underinvestment in planning enforcement, and whilst the employment of one extra street cleaning operative, and not forgetting the barrow, are welcome, will that really be enough to tidy up our city, coastal towns and villages?

It is also striking that whilst most fee increases are at, or below inflation, there is a 10% increase in the costs of hire charges that community groups pay in Neighbourhood Centres.

We are now approaching two years since Natural England issued the water quality advice that put a hold on most new planning applications in the district. The failure of this council, together with other local councils and the Conservative government to find a solution to this by now has caused a huge backlog of planning applications. The delays in construction will have had an economic impact on residents’ income, stopped the construction of much needed social and affordable homes, and reduced the council’s income from fees, additional council tax and government grants.

We need to move forward with greater investment in social housing, and we should be starting that now by drawing up plans for the council offices car park in Military Road. That need not wait until the council moves in Whitefriars.

Since the draft budget in November, over £1m of additional income has unexpectedly appeared from grants, New Homes Bonus and Non-Domestic Rates.

This council could have chosen to use that money to reverse some of the previously planned cuts, to reduce car parking charges, to support the Sturry Road park and ride, or do all manner of things, but no. It has chosen to set aside three quarters of a million in a special reserve, earmarked to spend next year, on any inflationary increases,or as yet to be identified, corporate plan priorities.

Inflation is running at the highest level for thirty years, and there will no doubt be higher costs this year, but they should be planned for within specific departments and capital projects, not in this vague way. Even after allowing for the likely estimate of inflation of half a million pounds there will be a quarter of a million left for these so-called corporate plan priorities.

If there are priorities, then they should be known now and planned for in this budget. Instead, as we enter the fourth year of this council, in the final twelve months before the election, and move from an open committee system to a less democratic cabinet, we are seeing the set-up of what is no less than a cabinet slush fund to spend on pet projects.

This is the start of a slippery slope that could see larger and larger amounts unallocated as part of the budget process and instead spent on headline grabbing projects outside this budget process.

I will later move an amendment, on behalf of The Liberal Democrat group, to instead allocate £200,000 away from that fund, and put it in direct support of those organisations that have done, and are doing, such sterling work to support our residents.

This budget does nothing but continue to oversee a reduction in services and continued over investment in unpopular and poorly managed capital projects. It creates a cabinet slush fund that we will only know what it is spent on when we see the leader and cabinet members smiling at us from the Kentish Gazette every Thursday.

Empty car parks, empty shops, and a budget empty of ideas to rectify the situation.

The Liberal Democrat group will not be supporting this budget which is a missed opportunity to invest in our district, the climate emergency, and its residents.