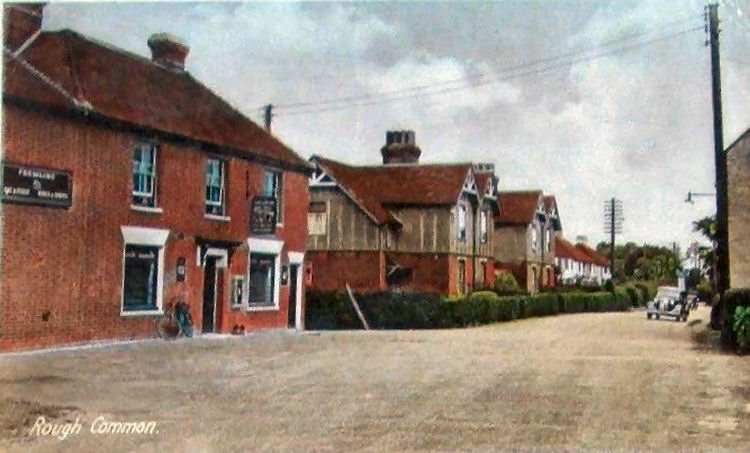 I recently spoke at the Canterbury Council Planning Committee against application CA/21/00490 to change the use of the estate agent at 88 Rough Common Road from commercial to residential.

I’m pleased to say that the application was rejected, with a recommendation to advertise the site for commercial use for two years.

Why on earth would a ward councillor be trying to save an estate agent?

88 Rough Common Road is not simply an estate agent with student flats above. It was once, indeed since at least 1866, the Dog and Bear pub. With records of the renewal of a licence for Herbert Ellis on Saturday 8 September 1866.

It has not been a pub since the deplorable events of 2015 meant the swift departure of the landlord, and at some point between that time and the Neighbourhood Planning Act 2017  it changed use. This is unfortunate, because that Act protected pubs, under A4 status, indeed it could have been argued it was an asset of community value at the time.

It is now use class E (formerly A2), and as such afforded no such protection. The officers’ report presents this as an augmentation of an existing HMO, and concludes its loss presents no significant impact to the village.

This is the final stage of the disappearance of what was once a pub, and perhaps presages more development on the site. There is a significant car park space adjoining the building, and this too would be re-classified as residential.

Loss of commercial unit within village

I don’t hold any great hope that the property will become a pub again, although that would be very welcome.

One of the nearest pubs, the Blean Tavern, is currently without a tenant and has been closed for some time. There is an application (CA/20/02414) for the building of six houses on the car park of the pub, though this retains the pub building.

Another thing that concerns me is the ongoing issue with the shop across the road. The City Council’s report indicated that this currently serves the needs of those in the village, though it has recently rejected an application (CA/20/00793) to change this property to residential use, showing it too is under threat.

As life returns to some form of normality, people are looking to spend more time at home and perhaps less time commuting. People want to move into the area, indeed there is an application for 34 houses to be built in the village (CA/19/02047) currently being considered under appeal by the Planning Inspectorate.

There is a large community that will need both shopping and socialising activities, a coffee shop, bakery or pub, perhaps even including remote working facilities, would do very well.

There is another application (CA/20/02505) for 935 student flats on the University of Kent Campus, which was recently approved by the planing committee . This will significantly reduce the need for student HMOs in the immediate area. Indeed, the estate agent specialises in student housing, and it might well be this development has had some impact on the owner’s plans.

With more accommodation on campus this could mean those houses currently occupied by students will become available for families to move in to the area, needing businesses that could occupy this commercial space.

This application would have been the final nail in the Dog and Bear’s coffin and reduce the ease with which an enterprising small businessperson could open an establishment in a thriving area. I hope that in the next two years, if indeed that is what happens, somebody will move into the premises and build a business that will provide services and jobs for local people.

Perhaps you know someone looking for just such an opportunity, why not get in touch?