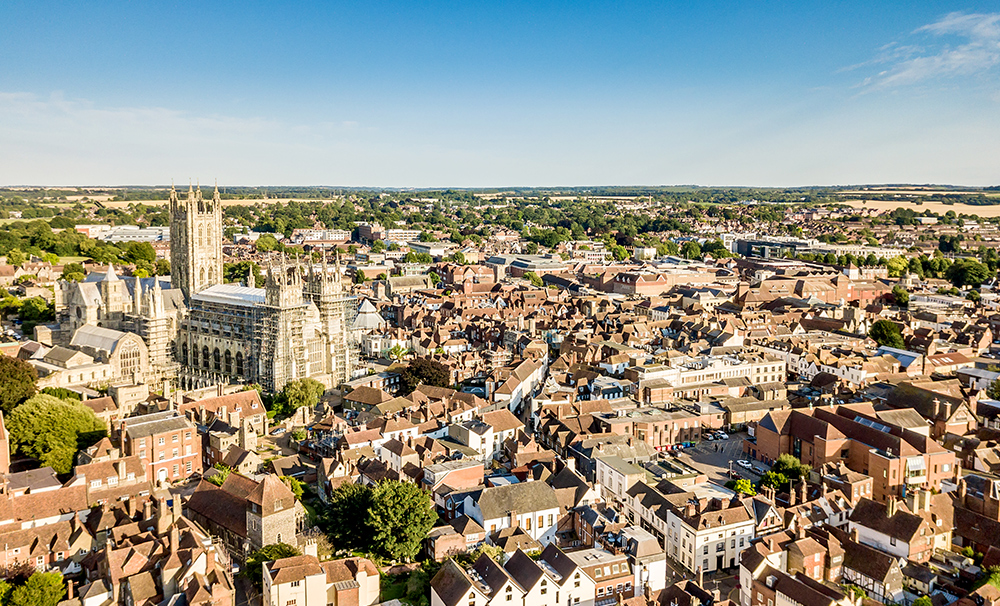 It looks as if Ben Fitter-Harding and Canterbury City Council are about to embark on another great mistake.

Comparing Canterbury with Ghent is just plain daft.  Ghent has a population some 6 times greater than Canterbury.  If you want to make comparisons try Hereford, Salisbury or Perth.

The current Local Plan proposes 16,000 more houses, of which 11,000 will be on the eastern, southern and western approaches to Canterbury increasing the size of the city by almost 50%.

The preferred option (an option I have yet to hear a single Canterbury resident prefer) proposes another 17,000, more than doubling the size of Canterbury.  The congestion will be worse than the Saturday before Christmas – every day!

You cannot build yourself out of a traffic problem.  Building 17,000 more houses to fund a bypass (or two!) when the new houses will create yet more traffic just makes a bad problem worse.

Building large fringe of city housing estates with few facilities, 2,3 and 4 miles uphill from the city will mean those residents having to travel by car to shop, socialise, access the station, schools and cinemas.  Bypasses will not solve this problem and the thought that they will walk or jump on their bikes – the modal shift idea – is just wishful thinking.

If we need a bypass – and that’s a big if – then we need to deal with the problem of the A28 running through the city.  If the ring road congestion, and the associated feeder roads to it, is to be addressed then it means a bypass from around Thanington to Sturry or Hersden.  Neither of the 2 bypasses proposed will deal with the A28 problem.

Ben Fitter-Harding’s vision is actually a nightmare.  Building 17,000 more houses on the urban fringe will add massively to traffic using the city centre as its destination.  Bypasses are irrelevant to these new demands.

More than doubling the size of Canterbury will undoubtedly threaten our World Heritage status.  Liverpool may be able to stand that loss as its heritage assets only contribute in a small way to its economy.  In Canterbury, our heritage assets are fundamental to our economy.  Compromising them would be economically and socially disastrous.

Are there solutions?  Yes.  First we have to ask if we really do need another 17,000 houses on top of the 16,000 in the current Local Plan.  If we do then surely must bite the bullet and work, preferably with one or two of our neighbouring authorities in East Kent to build a new town or garden city.  A ’15 minute city’ with access to all the key facilities within a 15 minute walk or bike ride.  Built on sustainable principles and preferably close to existing major transport infrastructure like the A2, the Thanet Way or the high speed line.  Properly planned by us, not by developers.

Nor should we stop new building in Canterbury, or the coastal towns.  The Tannery and Station Road West developments have been successfully integrated into the city.  There are exciting plans for the old Debenhams and Nasons sites.  The Wincheap industrial estate represents an inner urban opportunity.

I’m all in favour of a vision.  Preferably one that works.  But certainly not a nightmare.