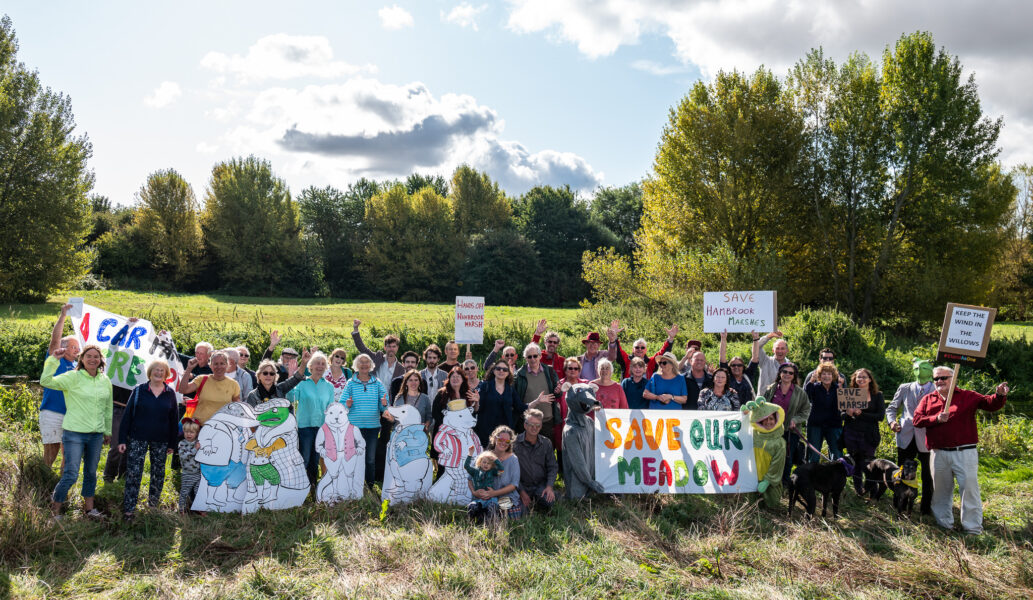 The City Council plan to extend the Park and Ride onto the Water Meadows at Wincheap has been abandoned.  Local LD Cllr Nick Eden-Green has been fighting this plan for years.  He voted against it at planning committee, stopped it from being ratified at Full Council on various legal technicalities and has been instrumental in the Judicial Review process that ensued.

He said, ‘Hundreds of local people have written letters, signed petitions and given over £20,000 to fight this madcap scheme which involved building a hairpin bend in the middle of the Wincheap Park and Ride site to carry the new 4th slip road off the A2.  This in turn meant the Park and Ride had to be expanded onto the Water Meadows.’

‘The City Council have acknowledged that Highways England have found the scheme to be unacceptable and have decided to revoke the planning permission rather than carrying on spending money on pursuing the Judicial Review case.’

‘This should never have happened’, says Nick.  ‘It is unforgivable that planning consent was ever issued by the Council to build a scheme on the Council’s own land that was clearly unsafe.  This has been an utter waste of taxpayers money.  It has caused huge and wholly unnecessary local concern.  It has triggered hundreds of local people to contribute thousands of pounds to fight a scheme that was manifestly physically and environmentally unsafe.  Above all it shows that local people can change a bad Council decision albeit at huge cost.’

The recent decision to abolish the Local Forums which gave residents the opportunity to raise concerns about local issues is another retrograde step.  If nothing else, the Park and Ride fiasco shows how important local opinions are.  Similarly the decision to prevent individual residents, residents’ associations and parish councils from asking for planning applications to go to the planning committee is another blow to local democracy.

‘Listening to local people is at the core of Lib Dem principles.  It is what we do’, adds Nick. ‘We should not have to resort to expensive and unnecessary legal process to right obvious wrongs and local people should not be denied their right to have their say on other local issues or on controversial planning applications.  We will continue to demand that the council should serve local residents and not serve itself.  The local Conservatives love autocracy and hate listening.  The Water Meadows issue shows how this results in bad decisions and very expensive mistakes.’