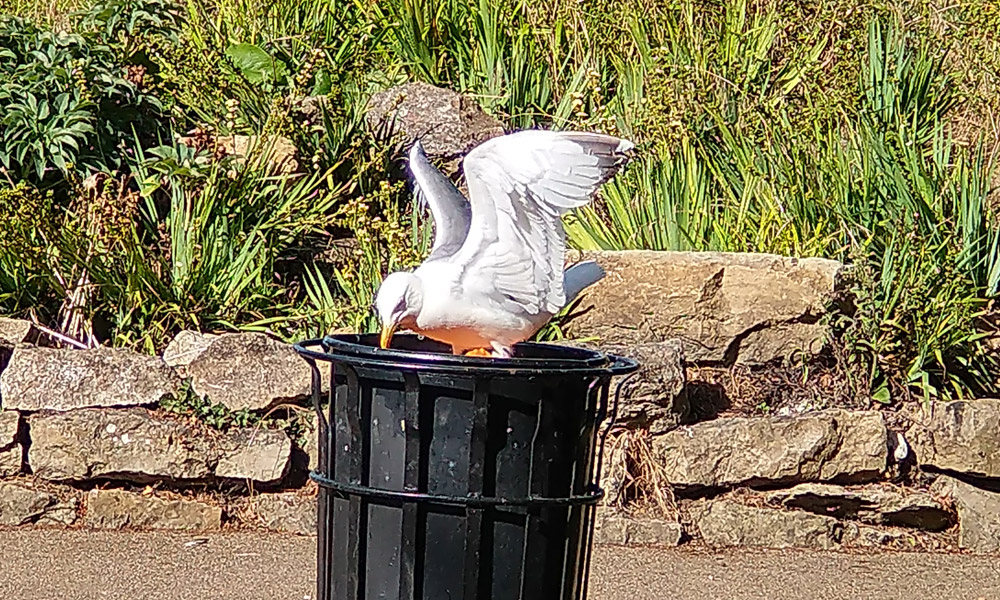 Litter is up there with graffiti and anti-social behaviour as one of the issues which residents complain most about to your Liberal Democrat councillors.

The council’s contract with Serco is due to come to an end in early 2021, and the council is setting up its own company to bring refuse collection, street cleaning and grounds maintenance back in-house.  This gives an ideal opportunity to improve standards, and we are campaigning for three changes which should help reduce littering.

The first is to convert all open-topped litter bins to covered bins. The seagulls have long since discovered that open litter bins are a great source of left-over fast food as shown in the first photograph. The gulls discard the contents all around the bins.

And it doesn’t take much wind for the litter to blow out.

The second is to change the way in which purple plastic sacks for domestic use are used for households where wheelie bins are not practical. The seagulls and urban foxes make short work of these sacks if left out overnight, and the waste blows everywhere. We are campaigning for households to be issued with strong hessian outer sacks into which residents put their plastic sacks. These sacks will then be removed on collection day and the outer hessian sacks returned to the householder.

The third is introduce recycling bins in the city and town centres similar to those shown in the attached photograph of the recycling bins in Folkestone & Hythe. These have proved to be very popular residents and visitors, and encourage people to be responsible with their litter.