Phil de Pothole gets the thumbs up - Canterbury Liberal Democrats 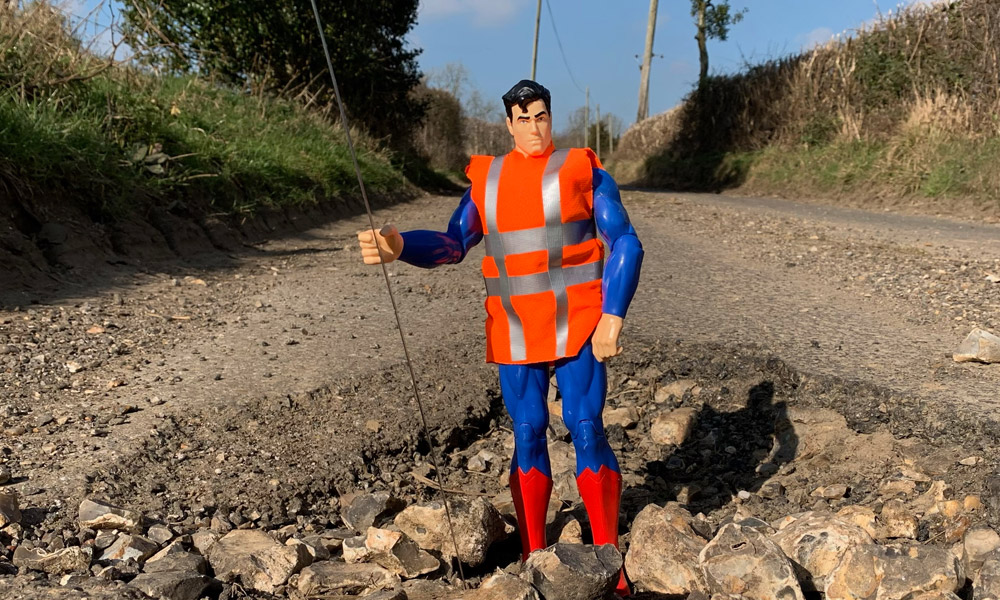 Mike has recruited Phil de Pothole to assist him. “Although Phil may be only 30cm tall he is the perfect height to clamber into the many deep potholes that have opened up in our roads”, says Mike.

News of Mike’s new assistant has received the thumbs up from local residents who have been following his work across local Facebook accounts.

Mike says, “I am pleased that Phil de Pothole has captured the hearts of so many people, receiving hundred of “likes” and dozens of enthusiastic comments. It is easy to report potholes for repair on the KCC website and I cycle around the local area with Phil so that we can let KCC know which ones to repair. Residents now know that if they have a hole to fill, then Phil is the man for the job.”

Mike added, “The cold weather has resulted in many more huge holes that are a danger to motorists and cyclists. KCC need to ensure that they devote the resources to properly repair these, and not just patch up for year.”