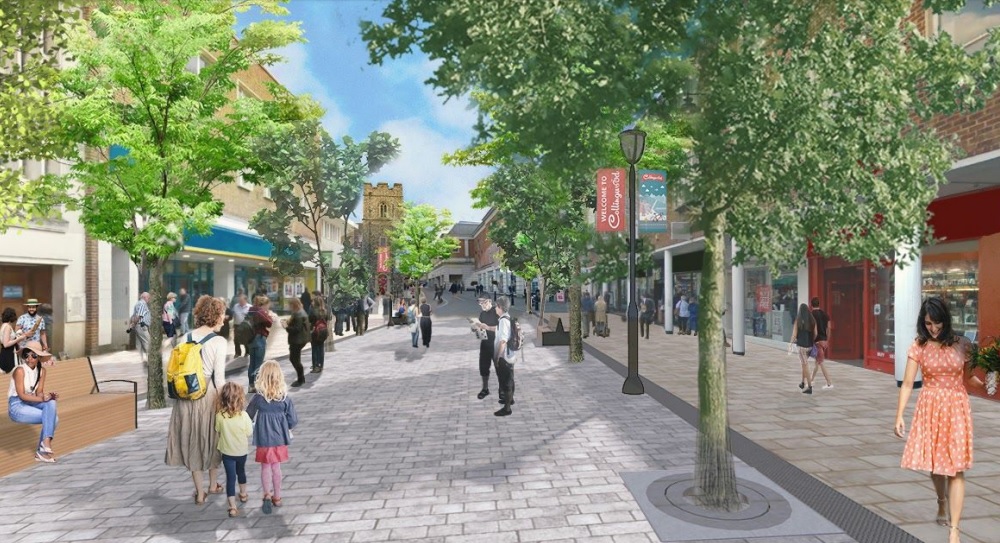 The first Regeneration Committee since March, and only the fourth since the beginning of 2020, saw an agenda packed with controversial items. You can read the agenda and draft minutes here.

The Lib Dem Representatives on the committee were Alex Ricketts (Blean Forest) and Mike Sole (Nailbourne).

Before the meeting began we were informed that one of the more controversial items would be postponed to a special meeting on the 20th October.

Due to two large important local organisations discovering their responses to the consultation had not been included, and two further omitted response coming to light, this item was removed from the agenda. It will be discussed at a special committee. You wait ages for a Regeneration committee and two come along at once!

Serious concerns were raised over the consultation process and assurances received that the problem had been identified and would not happen again.

Our position on this will remain the same at the next meeting, firstly there is a lack of budget detail and a lack of alternative options. It must be possible improve the area by spending less, and retaining the market.

In terms of amenities, we are losing the market and mature trees, and gaining a flat paved area with some benches. Some cycle racks are included, but no cycle lane. No consideration is given to upgrading nearby facilities for visitors, such as the public toilets or drinking water refills.

The whole project contains some quite thin assumptions: there are already two spaces for video screens and public gatherings near Whitefriars, is there a pressing need for another? No amount of repaving will make it “one of the most prestigious areas for shopping”.

The market is an asset, bringing in £28k, we should look to enhance not remove this. It was recognised in the justification for the Station Road west car park that retail is moving to smaller “pop up” units, surely this is an opportunity to incorporate and enhance the existing market, highlighting local produce and crafts. The market is not a threat to local businesses – it brings people into the city centre.

Removing mature trees is simply folly, we need mature trees to mitigate some of the pollution in the area. Furthermore the report mentions the unattractive post war frontage of the shops, removing the trees will simply highlight this. The trees “have outgrown their situation”, the solution should be to change the situation to suit the trees, here is already a mature tree outside Café Rouge with a bench built around it, far more attractive.

The importance of festivals is mentioned, so why remove tens of thousands of pounds from supporting them yet use them as justification for spending hundreds of thousands?

The consultation unsurprisingly shows support for improving the area, but this is because it was stacked with leading questions. If they were phrased “do you think the council should spend early £1m on re-paving the area”, we suspect the response would have been less positive. The results of the previous consultation in 2016 on a very similar scheme was given a thumbs down by the public.

We cannot support this due to the lack of budget detail, excessive cost and loss of both the longstanding market and mature trees.

During lockdown the Council opened Wincheap Park and Ride on a Sunday and it proved relatively popular. The proposal was to move the Sunday service permanently from Sturry to Wncheap.

We questioned the evidence for this move, as indeed did councillors from all parties. Firstly, the service at Wincheap has been free, whereas Sturry cost money. We are not comparing like with like. Councillor Sole also raised the point that journeys from Sturry into the city are longer than those from Wincheap, therefore in environmental terms Sturry has a greater impact, which is the core justification for Park and Ride.

The council is only able to support a paid Sunday service at two of the three Park and Ride sites, and the recommendation is the popularity of the Sunday service at Wincheap will generate more revenue if a charge is introduced.

Councillor Sole pointed out that there was no environmental impact assessment included with the papers. We were assured that this had been done, but not included. This item will now also be moved to the “special” meeting in a couple of weeks.

The Council has proposed that a consultation is carried out to establish if a private company would run a bot fair at Sturry instead of Wincheap, and for the Council to cease managing the fair.

The boot fair has not taken place since the beginning of lockdown, and there are no plans to reintroduce it. The previous item will of course have a significant impact, as running the Park and Ride service on a Sunday would mean Wincheap becomes unavailable.

The boot fair revenue has decreased year on year and is now no longer profitable. The point was made by Conservative councillors that the City Council is not very good at running commercial operations, that the boot fair is not a core service, so should be run privately, if at all.

Councillor Ricketts asked if the £19k Serco cost be less now it presumably will be undertaken by Caneco and was assured that Canenco would not charge any less. A cost that would also be bourn by a private operator.

The boot fair is extremely popular with people who live in the more deprived parts of our district it has a real community role. Visiting the Boot Fair was looked forward to by many as a day out and missed terribly in lockdown.

It supports recycling and reduces black bin volumes and fly-tipping. As we try to encourage people to repair, re-use and recycle boot fairs will become more popular, and more important.

Moving the boot fair to Sturry, where there would be a maximum of 90 pitches, is unpopular with stallholders and, given the high costs, is unlikely to be an enticing commercial prospect. This move marks an effective end to the Wincheap boot fair.

The committee voted to consult on the proposal, along party lines. Of course there is no reason to assume the consultation responses will carry any more weight than other consultations, which have been roundly ignored.

In recent months concerns have been raised that over development will threaten the UNESCO World Heritage status of Canterbury. This follows Liverpool losing its status following development in the historic docks. You can read the details in the report here.

Councillors Sole and Ricketts both raised concerns over the worryingly relaxed attitude of the report, which seems to indicate there is no risk. One line reads “Whether or not the City has World Heritage Site status does not detract from the international importance of the City’s heritage with the centrepiece being the Cathedral.”

Our heritage is our most important economic asset: tourism, destination for shoppers and fundamental to perception of the city throughout UK and the world.

Even the fact this has been raised will have caused huge reputational damage. Google searches from people looking to visit will show press reports, like the one today, from which the simple message is “overdevelopment is taking Canterbury the same way as Liverpool”.

This will last until the narrative is changed.

Whilst we welcome some of the measures in the Heritage Strategy Delivery Plan (2021-22), it really does not go far enough. When taken in the context of the recent local plan consultation, a digital walking trail will not mitigate the threat from 16k houses in current local plan (of which 11k Canterbury centred) and potential further 17k in emerging local plan mainly Canterbury centred.

These will essentially be fringe of city housing estates, and almost double the size of the city.

None will be large enough to sustain range of social infrastructure shops, restaurants, cinema, doctor, post office etc.  Thus, they will use Canterbury as their destination for their needs.  No number of bypasses will change this.

The world heritage sites are split by a ring road, which are polluted and overcrowded, but there are no plans to deal with this as most traffic is not through traffic.

We have numerous new buildings of poor design and no architectural merit:  Kingsmead, corner of Sturry Rd and Kingsmead, Alma Court on Military Rd, Palamon Ct and next door building under construction on Pin Hill, building corner Watling St/Stour St, Slatters Hotel St Margarets St, and even our favourite: the pigeon hotel at Canterbury West.

Councillor Ricketts raised a point of clarification, in that the original agenda suggested the committee “note” the report, however the Audit Committee had asked us to make a recommendation to Council about putting this on the risk register.

He further stated that “This must be put at the top of the risk register, with a massive red flag on it.”

Councillor Carnac prosed an amendment that the committee recommends the Unesco World Heritage status is indeed put on the risk register, which was carried unanimously. This will not be debated by full council.