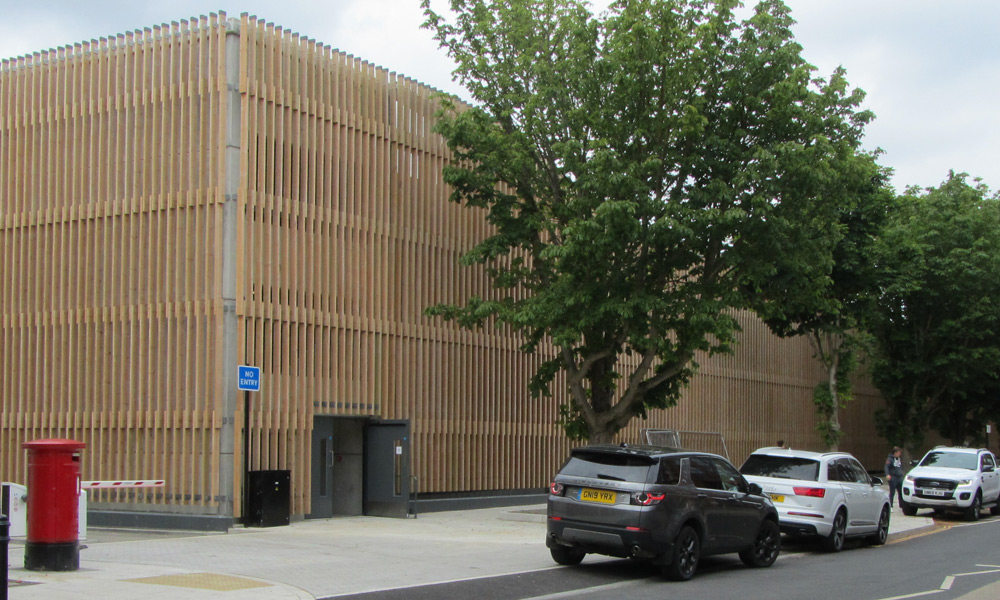 The multi-storey car park in Station Road West which has 380 spaces opened on Tuesday, 9th June. On the first day, a total of three cars paid to park in it, despite lockdown beginning to come to an end.

Occupancy of other nearby car parks remains at a constant level.

The £9 million car park was built despite widespread public opposition, with over 2,300 people signing the petition against it. Peculiarly for a public building built in the 21st century, it has no lifts and there are no sprinkler systems. The ‘green wall’ which residents were led to believe would mask the architectural monotony facing the street has turned out to be no more than a few creeper plants.

As predicted, the car park isn’t needed. According to the council’s own figures in a report to the Policy & Resources Committee in 2017, there were already sufficient parking spaces in the area for the next 15 years.

Liberal Democrat councillor Michael Dixey said “With the city council now facing a multi-million-pound budget deficit, the £9 million spent on this white elephant was a huge error of judgement. In future, the council needs to listen to the views of our residents to avoid making similar mistakes.”