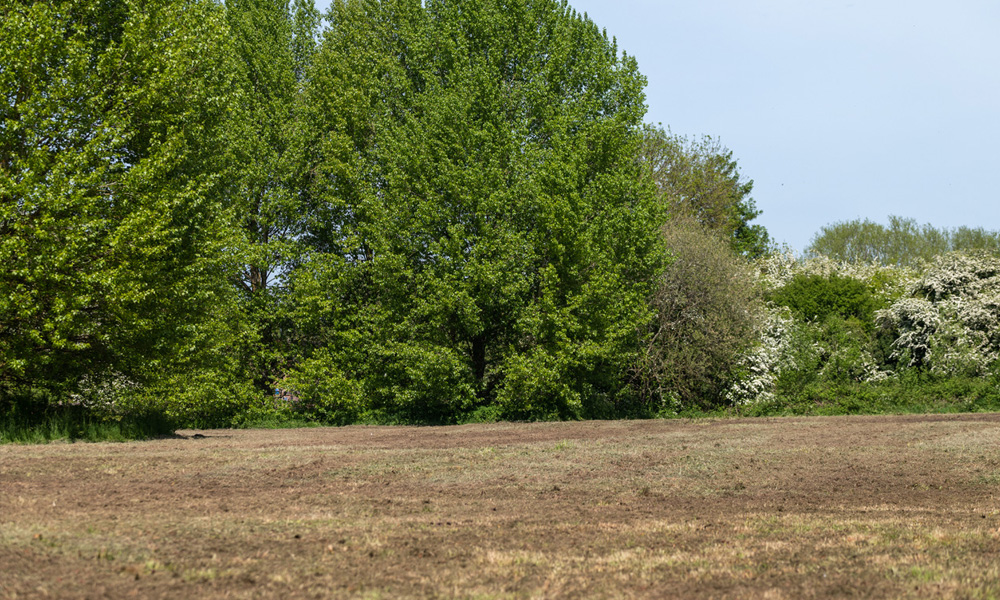 But this time it’s the Council!

Wincheap Water Meadows have suffered two recent arson attacks, and now the City Council has destroyed a whole field.  The vegetation has been cut back so savagely that only bare earth remains (as the before and after photos show).

‘The Council is pleading poverty and says its budget is in free fall yet they have carried out this act of wholly unnecessary vandalism.  This is in no way essential work during lockdown so is surely contrary to government advice.  But it certainly is vandalism.  It underscores the fact that Canterbury City Council has no understanding of how to look after the environment’, said local Lib Dem Councillor Derek Maslin.

Fellow ward Councillor Nick Eden-Green added ‘They can’t empty the litter bins but they can spend time and money destroying wildlife.  The riverside margin, all the wild flowers and the insect life that the local birds and bats rely on have gone.’

‘A few months ago, Ratty and his helpers planted a ring of 39 trees representing one for each councillor.  The Council promptly uprooted them saying they were unsuitable.  Presumably they regard this scorched earth approach as more suitable.’

The local councillors have also complained about the severe pollarding of trees in nearby Cow Lane which has been left as just bare trunks (see photo).  Councillor Maslin says: ‘Nobody said a word about this either.  This fine avenue of trees which screen the end of the Trading Estate and help with carbon capture has been left leafless during the bird nesting season.’