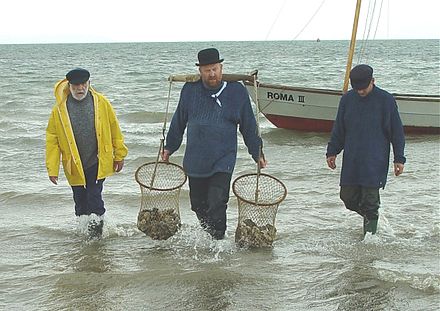 Liberal Democrat Councillors deplore the plans to withdraw all financial support from the Whitstable Oyster Festival and from the Canterbury Food and Drink Festival. This follows the removal of funding for the Canterbury Festival a few years previously.

At the Community Committee on Wednesday 22 September Conservative Councillors voted to remove all funding from these two popular festivals, despite strong opposition. The vote was tied with six Conservatives voting to withdraw funding, and six oppostion councillors, including the newly independent Terry Westgate, voting to preserve it, forcing the chair, Joe Howes (Con) to use his casting vote.

Cllr Michael Dixey, who voted against the proposal, said “Our festivals are a huge attraction for our residents, and also for visitors and tourists. These together with our historic environment and beautiful countryside and shoreline help make this district so very special. The plans to remove funding are ill thought through from a council that knows the cost of everything and the value of nothing.”

These festivals bring into the local economy over £8 million in a normal year and the Liberal Democrats are calling for the council to reinstate funding with immediate effect.

Cllr Mike Sole, who also voted against the proposal, said, “Withdrawing funding now, especially when we should be investing in the local economy and tourism as we emerge from Covid-19, is likely to mean that these festivals are unable to continue, and that would have a significant impact on tourism in the district.”