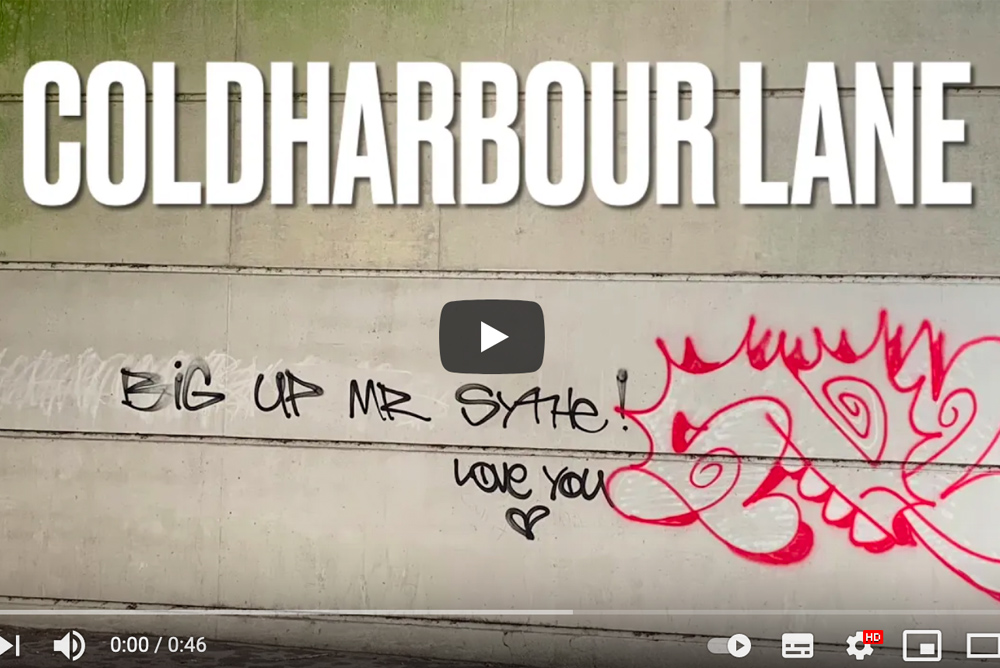 The A2 bridge over Coldharbour Lane is becoming more of a magnet for graffiti. Several times Highways England have said that it would be dealt with, but as it is not “offensive” it is not a priority so keeps slipping down the list.

Cllr Mike Sole has now put forward a proposal that Highways England are considering as part of their community projects.

“I would like to hear what people think about creating a community mural under the bridge.

“Some will say that it would just be graffitied on, but evidence of murals elsewhere is that might not be the case.” said Mike

Last year Canterbury City Council agreed to support the painting of large wall murals and Mike has discussed the idea with Highways England who own the bridge.

“We could create a beautiful mural that would welcome people to the district and show off all that is great about where we live.”

What do you think? Who would be up for designing and painting something if permission and funding can be put in place?