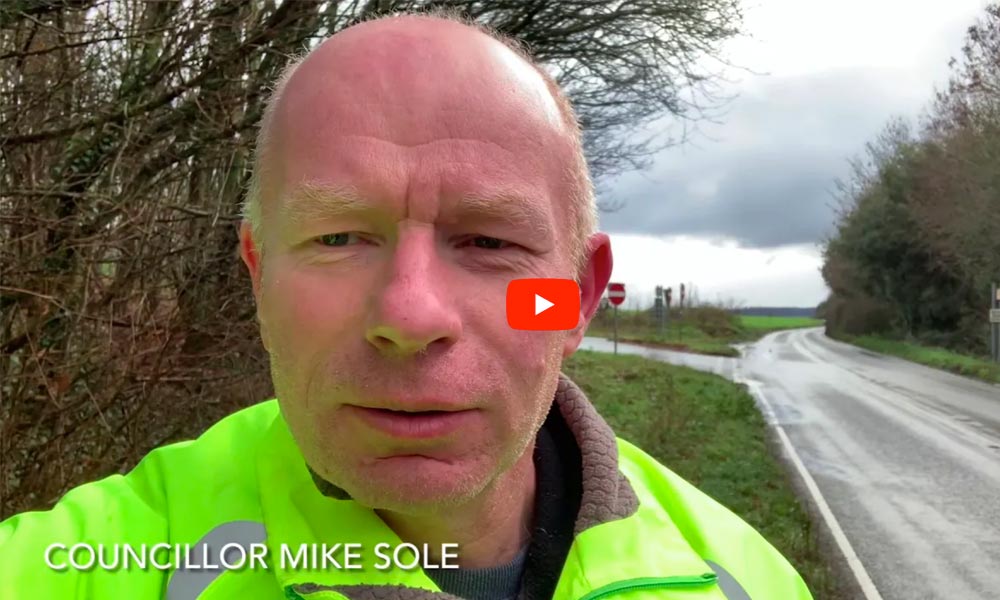 After a number of near misses and cars being forced off the road, Cllr Mike Sole took action to improve road safety.

Foreign lorries were leaving the A2 and driving on the wrong side of the road, straight into the path of local residents.

With accident reports and dash cam footage, Mike was able to arrange for KCC to paint large white arrows on the road.

Several months later the number of incidents has fallen away. This simple measure has improved road safety and potentially saved lives.

Mike Sole is standing for election to Kent County Council where he will be able to achieve even more for residents.