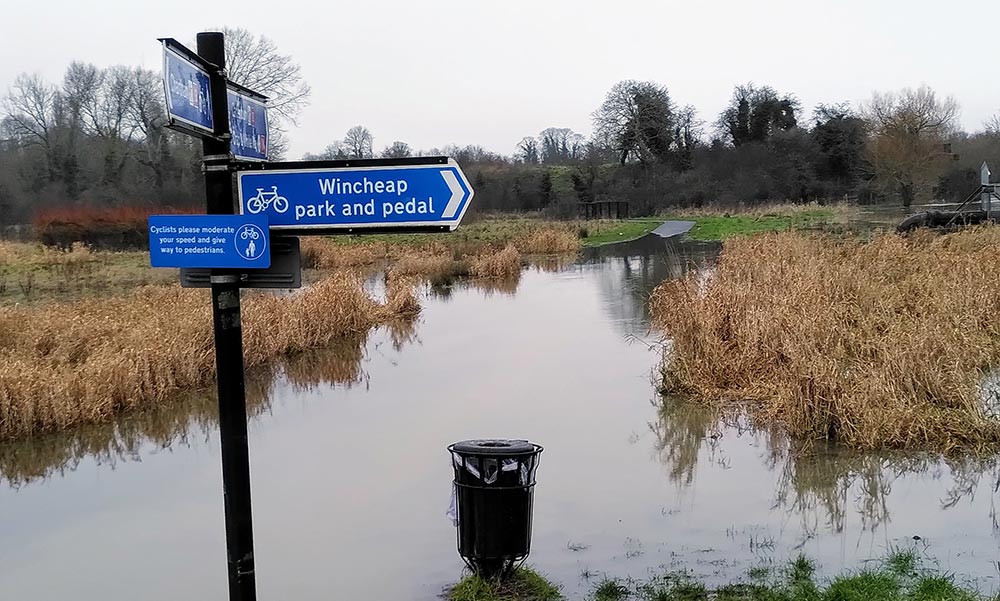 Lib Dem councillors led by Nick Eden-Green have consistently opposed the extension of the Wincheap Park and Ride site onto the water meadows. ‘The ecological grounds have been made consistently clear and residents were forced to raise £000’s to lodge a judicial review to oppose the planning consent. We worked together with CPRE who have been hugely supportive and engaged specialist legal advisors to fight the case.’

Last October, under huge pressure, Canterbury City Council took the unprecedented step of revoking the planning consent it had given itself. The judicial review was abandoned with both sides having spent huge sums of money contesting a planning application that should never have been granted in the first place.

However, the threat of a revised scheme remains. Although the council’s climate change action plan advocates various ideas supportive of retaining this important river wildlife corridor, it may not guarantee its protection.

One key physical reason for preventing development on the water meadows is flooding. The meadows are designed to flood and to protect the City from being overwhelmed. Furthermore, when the meadows flood access to the site is also flooded making it inaccessible.

‘In 2019/20 the site was cut off for weeks,’ says Nick. ‘In 2021 it is flooded again and any cars parking there would either be swamped or marooned. This area is theoretically subject to 50 year flooding events but climate change shows this data is out of date. Consequently I have been in touch with the Chief Executive of the Council pointing out that the site is wholly unsuitable for any form of development and must never be compromised by any future plans.’