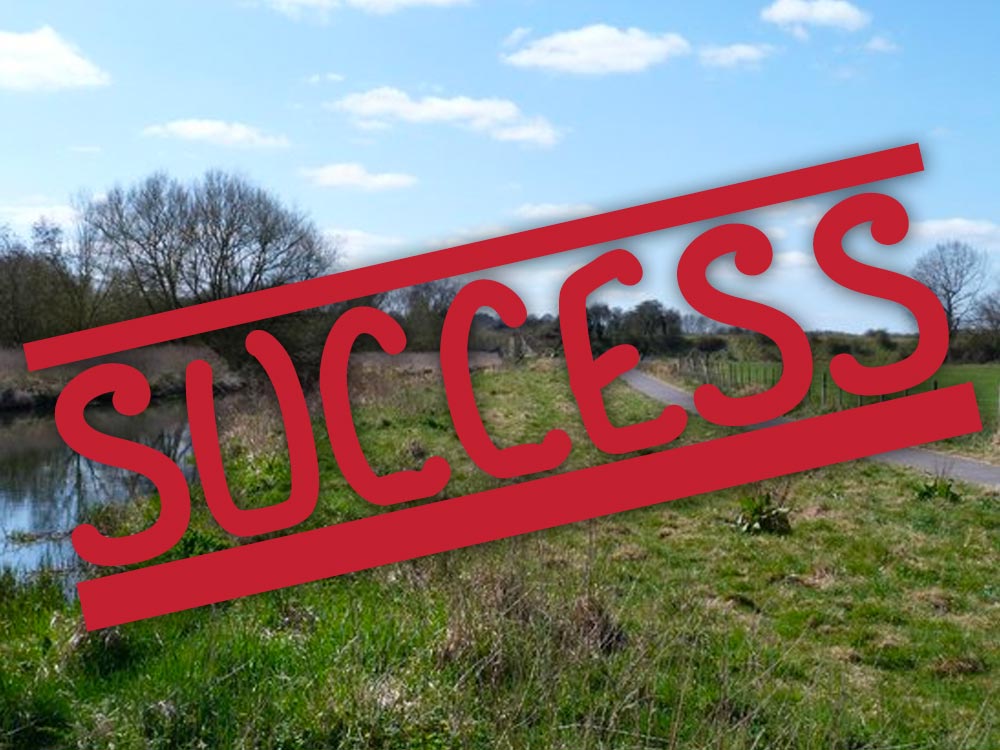 UPDATE: THE COUNCIL HAS WITHDRAWN THE PLANS – AT LEAST FOR NOW

Lib Dems vehemently oppose the planned extension of a Park and Ride scheme into the wild life area by the River Stour where Sidney Cooper painted his famous pictures and which walkers and cyclists use to reach Chartham on the waterside path.

If it goes ahead, the scheme will add 278 parking spaces to the Wincheap Park and Ride as well as a “replacement terminal building, reconfiguration to access, together with fencing, lighting, landscaping and cycle storage”.

Wincheap councillor Derek Maslin said: “The proposal to extend the Park and Ride into the field alongside the River Stour will irrevocably damage one of the most historic and treasured places in the area.

“The area is also prone to flooding. It’s hard to see how Canterbury’s traffic issues will be alleviated when this new car park will spend a good chunk of every year underwater.”

The Friends of Hambrook Marshes have documented the wealth of wild life which lives in the marshy area which would be turned into a car park.

The Environment Agency has objected to the plan on numerous grounds, including the need to protect biodiversity by offering “wildlife corridors” and because of the likely effects on fish.

Network Rail is listed as one of the objectors. The consultation closed on 19 March 2019 when there were 525 documents which had been added by the council to its consultation about the plan, the vast majority of which are objections.

Network Rail says in its objection that it had not been consulted.

It adds: “It is clear that any adjustments to catchments of the Stour would have an impact on the Ashford to Canterbury railway line, where we have just invested many millions with KCC [Kent County Council] on line speed improvements.”

Network Rail is currently working on improvements at Shalmsford Street to improve the flood resilience and believes that it is “very likely” that adjustments at Hambrook Marshes would affect the the resilience of its lines in this area.

Canterbury Liberal Democrats are working closely with the Save Hambrook Marshes campaign group and will continue to pressure the city council to drop the scheme.

Do you agree with us? Let us know what you think. Get in touch here.