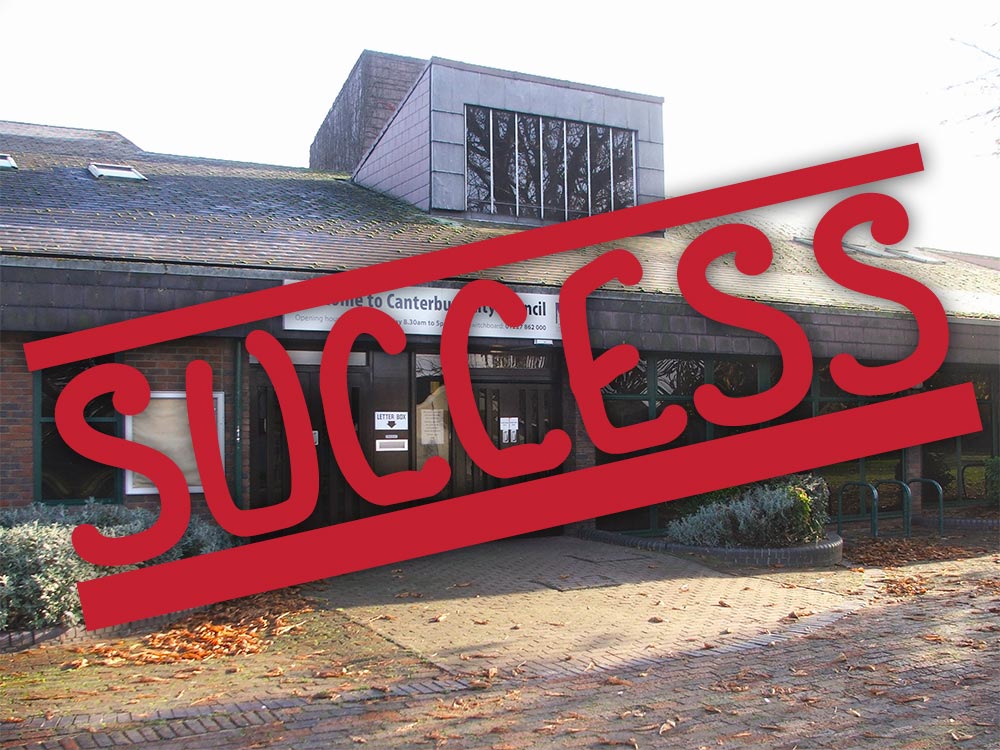 UPDATE: THE COUNCIL HAS WITHDRAWN THE PLANS – ALTHOUGH THEY ARE STILL TO APPROVE THE MOVE TO WHITEFRIARS

Plans have been announced for new council offices to be built on the Wincheap Industrial Estate at a cost of £12 million.

Three superstores in Wincheap would be demolished to make way for the new offices. These are Beds 4 Us, Carpets 4 Less and the home furniture specialists Bamboo Tiger. Some of the cost of the new building would be recouped by selling off the existing council offices in Military Road.

This has been proposed while the council is slashing services, reducing grants to voluntary organisations and making staff redundant due to cuts in government funding.

The Tories claim that the council offices in Military Road which were built 40 years ago are no longer fit for purpose. Yet most buildings in the district are 40 years or more older!

This is an extravagant waste of public money. It follows the unpopular, costly and unnecessary multi-storey car park in Station Road West and the plans to extend the Wincheap Park & Ride onto the water meadows beside the River Stour.

Your Lib Dem councillors will be fighting to get these office plans scrapped.

Please let us know what you think here.